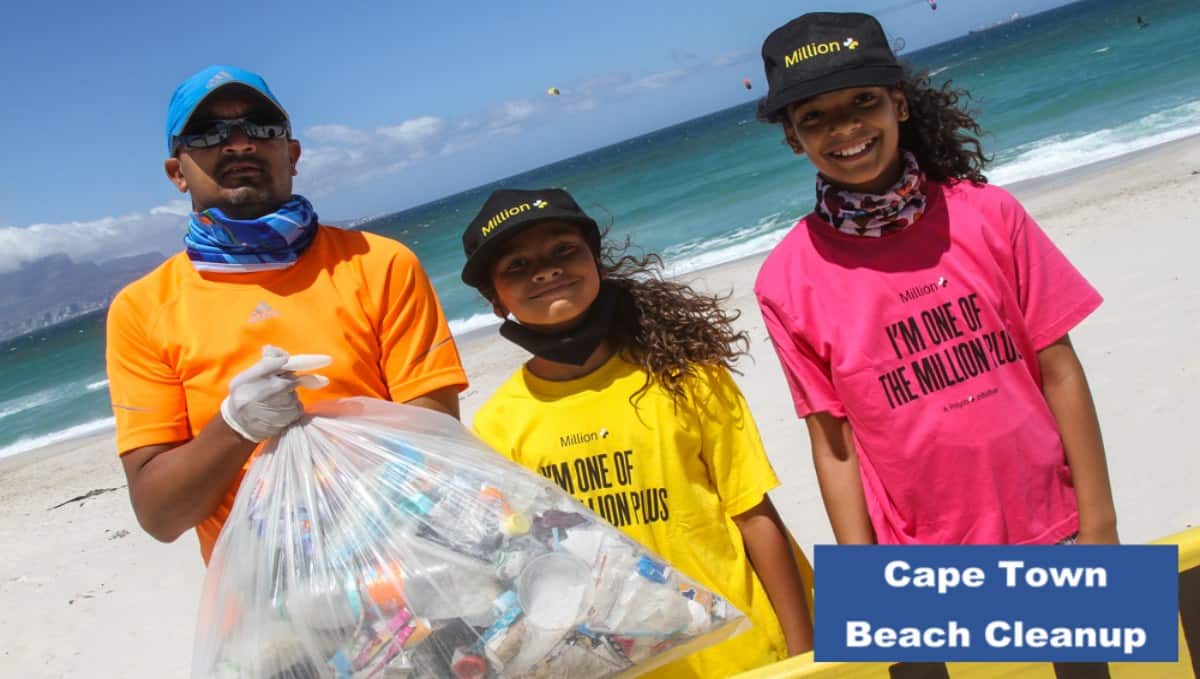 As 2020 comes to a close, iDiveblue is proud to announce its new partnership with Clean C. This Non-Profit Organization (NPO) was founded by Greg Player. Greg has completed 3 Ironman events, 1 Comrades, 1 Argus, and 2 of the 2Oceans Ultras. As a scuba instructor, photographer, and self-confessed ocean lover, he is big on affording others the same opportunities that he has had – and so Clean C was born. Established in 2017 their mission is simple: creating sustainability through inter-community upliftment. Having cleaned up over 100 metric tons of ocean plastics from the Cape Town beachfront, Clean C has empowered and inspired locals all the way up the coast. Working to create change has never been easy, and this cause is no different. However, slowly Clean C has consistently worked toward a clean Community, Coastline, Cape Town, and Country – taking on challenges far and wide to be ambassadors of change.

Facilitating educational tours, Greg and his team continue to educate tourists and townships alike. With events such as youth gatherings, monthly beach cleanups, and partnerships with local recycling entities – Clean C is truly an “everything ocean” entity. With the festive season creeping closer and tons of new goals to meet, they have organized 4 major beach cleanups before February 2021. One of these events in particular will be attended by iDiveblue’s director, Jonathan Liebenberg, and his campaign manager Megan Rebstein-Dovey.

Jonathan Liebenberg, a graduate from the University of Cape Town, strongly believes that change starts with the individual. After starting his career in the investment and genetics industries, Jonathan left his corporate job and dedicated his time to being that very change. And Megan Rebstein-Dovey, a University of Johannesburg graduate, spent her youth on the coasts of Durban, Kwa-Zulu Natal surfing and playing water polo for her national team. Together with Clean C, they plan on taking the Saldanha Bay Beach by storm.

But why wait till January to make a difference? We certainly can’t. With a warmup weekend on the 5th and 6th, the campaign is now fully launched and already gathering traction. Over the following 6 days, articles will be released onto the iDiveblue site and shared by both Clean C and iDiveblue. The best way for awareness and understanding to spread is through education – so pop onto Clean C’s social media and give them a follow, subscription, or like to stay up to date with our latest content.

Another place you can go to keep tabs on the #GoingBlue campaign is The Cape Town Beach Cleanup, which will also be sharing our content throughout. Together with our partner organization, we plan to empower through education, raise awareness through shareable content, and to encourage others to get involved. We plan to take on comprehensive issues such as fragile communities, poverty in underdeveloped countries, ocean health, and beach pollution – all under the banner of #GoingBlue.

What Is Going Blue?

So why Go Blue? And what does it mean to be Blue? Going Blue is a concept that was developed to include ocean-related issues in society’s efforts to become more sustainable (going green). By Going Blue, you are including issues such as the Great Pacific Garbage Patch, microplastics, and general ocean and beach pollution as part of your fight for a better and more sustainable way of living. Slowly over the last few years, issues such as climate change, greenhouse gases, and global warming have gained more and more attention. Now more than ever, consumers are becoming conscious of the products they buy, the services they use, and their impact on the environment. We are now extending that concern to the big blue.

With more than 70% of our world being made up by oceans and approximately 31% of the world’s coastlines being beaches, it would be ignorant of us to only consider the remaining 21% of the world as being endangered. However, the issue stems well beyond just beach cleanups and the dangers of microplastics – it also encompasses lack of education, underprivileged communities, and little-to-no awareness. A good, simple example of this is overfishing. According to Global Citizen, 15% of the world’s population receives 1/3 of its protein intake from fish. This in combination with ocean acidification (which has increased due to the burning of fossil fuels, CO2 emissions, and other human-related pollutants) means that more and more fish species are struggling to repopulate. This may seem like a small issue, however, removing or depleting multiple species in an ecosystem causes widespread chaos. Disrupting food chains, destroying ecosystem harmony, and even killing coral reefs. This lack of awareness causes catastrophic events in oceans all around the world.

As for informal communities, this is often paired with limited resources and little education. With some of the biggest challenges communities such as Khayelitsha face being; lack of basic water, sanitation, drainage, refuse collection, and more, it is not difficult to start to see why poverty and pollution have a close relationship. In a study conducted by a Master of Science Student from UCT (the University of Cape Town), it was found that “Surface water quality was the poorest in the zone dominated by the informal settlement, with highly elevated concentrations of NH3-N, PO43- and TSS, and low levels of DO”. With issues such as pollution from stray litter, chemicals and microplastics from hygiene products, and toxic runoff from poor soil or water quality, the question remains, “Is simply recycling enough?”. The answer to this is plain: No. But it is a start.

Here is where entities such as Clean C and iDiveblue have stepped in. As mentioned, many of the outreach projects that Clean C has conducted surround the topic of educating informal settlements and underprivileged communities. While we cannot all have a direct hand in this, donating to worthy causes such as these aid them in retaining and gaining new, better, and more efficient resources to fight their fight for our big blue. This is why we have decided to donate $328 (R5000) to our ocean warrior partners. The official handover will be done in January at the Saldanha Bay Beach event. But excluding the professionals, there are tons of ways for you to get involved and make a difference. And that is exactly what this campaign aims to do: educate you, your family, and your friends on ways they can easily create sustainability in their lives. But it doesn’t stop there, we will also be raising awareness on the consequences of living unsustainably and the current climate of ocean pollution. All in all, we are essentially extending the tools of social change to you, in the hope of creating a passion for sustainability that runs as deep as our big blue. 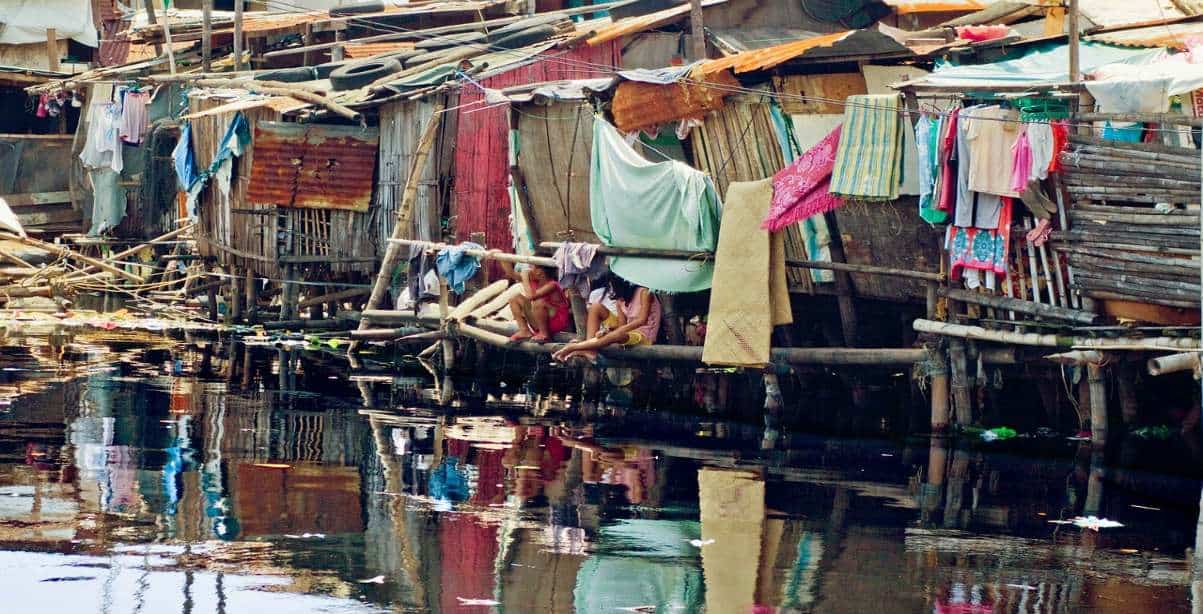 The key to any successful and sustainable change is finding and building community. Living within a community gives you the ability to enable and afford others the same opportunities. When it comes to complex issues such as ocean pollution and climate change – creating these networks of people who can contribute equally and freely means more people are empowered to strive for social change. The best way to find these communities is to look at local outreach programs such as the ones Clean C has been running.

Other than finding community, continuously educating yourself and advocating for change amongst your peer groups is another simple way to make a difference each day. By living your best, sustainable life, you are inspiring others to do the same – all while having a positive impact on your

We always speak about ‘They’. They need to do something about the plastic problem. They need to stop overfishing. What They are doing to our oceans is simply unacceptable. But who are They?

The government? The government is an administrative body elected by the people. The government exists only to serve out the needs of those people. They is in fact our society, a collection of individuals. You are one of those individuals, and so am I. There is no They, there is only We, and We are all part of the problem. However, We can choose to be part of the solution instead. Sure, sometimes it feels like one individual has such a small chance of creating meaningful change – so why bother. But remember, if everyone had that mindset, there is 100% chance that nothing will change.

We only have one Earth. We can make a difference.

You have a Part to Play – join us in our fight against the Ecological Disaster of our Age.

Meg is a watersports and product expert, an ex-national athlete, and a fearless anti-plastics campaigner originally from the the south coasts of Kwa-ZuluNatal, South Africa. Meg is a degreed AGA(SA) and an adventurous, marine conservation writing enthusiast. She has grown up on the coasts of South Africa, surfing, lifesaving, and freediving. Her key interests include coaching water polo, raising awareness for ocean based change, conservation, adventure sports, reading, and writing.