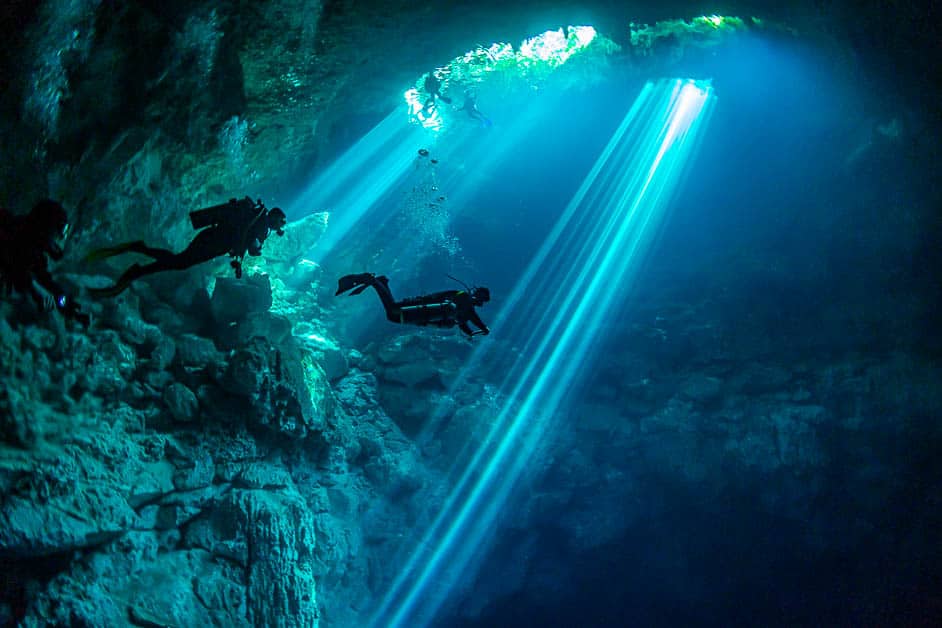 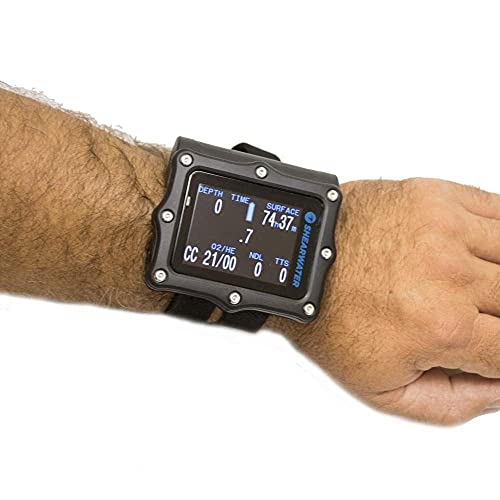 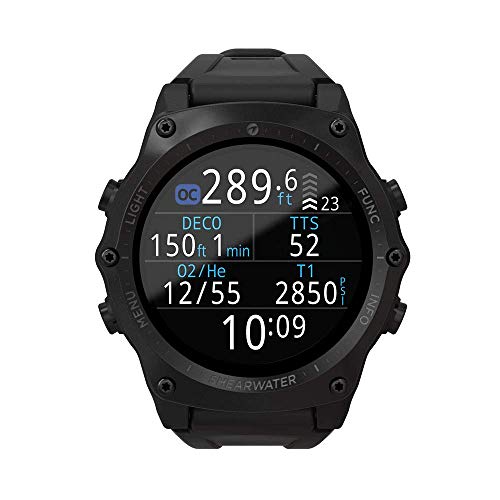 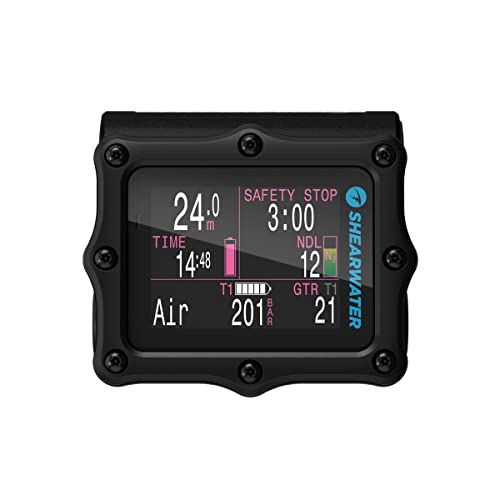 ALL THE SHEARWATER DIVE COMPUTERS THAT WE TESTED

Our pick for the best value in the Shearwater dive computer product line, the Shearwater Perdix, features a sleek design with functionality that suits new divers and more experienced technical divers. The high-resolution color enhanced display makes the screen easy to read while diving, and the bungee mount-strap fits comfortably on the user’s wrist. The Shearwater Perdix’s Bluetooth capability allows divers to transfer their dive log information wirelessly, and this computer stores up to 1,000 hours of dive information. This Shearwater dive computer model has a rugged, durable case and a low profile design.

The Shearwater dive computer, Teric is a top-rated air integrated computer in the Shearwater product line. For divers looking to streamline their gear, this dive computer is an excellent choice as well as featuring a hoseless air transmitter to keep track of air consumption. The bungee wrist strap is flexible enough to fit over any wetsuit or drysuit, and the settings include Air, Nitrox, or Trimix modes. The display is high-resolution, and the dive log can store up to 1,000 hours. 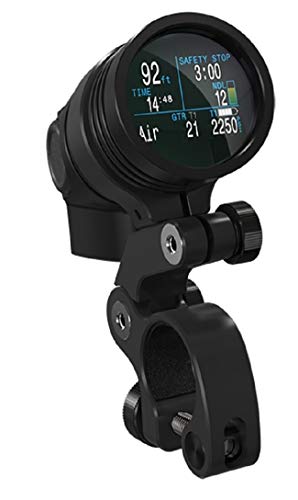 In 2004, in a spare bedroom of his home in Canada, Bruce Partridge founded Shearwater Research. The Shearwater Research Headquarters is located in Richmond, British Columbia, and manufactures dive computers and rebreather electronics for scuba divers. This corporation was founded on the principle of developing products that are simple and easy to read underwater.

From the start, Bruce Partridge produced these products in his home. By 2014, Shearwater was operating as a corporation in a manufacturing facility with twenty employees, manufacturing thousands of dive computers each year. By 2017, Shearwater more than doubled its number of employees and strives to go above and beyond in customer service for their products.

Shearwater research got its start by building controller boards for Megladon rebreathers for Innerspace Systems Corp (ISC). In 2006, with the implementation of the Bühlmann decompression algorithm, Shearwater produced its first decompressions computers.

The Shearwater Predator was one of the original dive computer designs using an LED display and user-replaceable batteries, with Bluetooth data transfer capabilities. Since then, Shearwater has been making a name as one of the top dive computer manufacturers for technical divers and more recently recreational divers.

Shearwater does not offer nearly as many dive computer options as other popular manufacturers, but they do offer a line of high-quality, easy-to-use computers for scuba diving. The Shearwater Teric and Perdix are both highly-rated wrist dive computers and the most reviewed in the product line, where you will find little complaints or issues that are not resolved by free updates or customer service response.

1. Why are Shearwater Research Dive Computers held in such high regard?

Shearwater dive computers are simple, reliable, and powerful tools used by technical divers and some recreational sport divers. The products are designed, tested, and manufactured by practical scuba divers for scuba divers – beginners and veterans alike. The customer service is among the best in the scuba diving product industry, and the company is one of the most innovative when it comes to research and development.

The design of the Shearwater Perdix and the Perdix AI are almost identical. The size and display features are the same, with the exception of the air integration functions on the Perdix AI. The Perdix AI has the ability to connect to a wireless transmitter to track the air integration information. The Bluetooth capability also differs slightly but allows divers to transfer their dive log details wirelessly. The Perdix AI displays tanks pressure throughout the dive, SAC (surface air consumption) rate, and gas time remaining information.

3. What maintenance is required for the Perdix AI?

Extending the life of any dive computer essentially involves performing regular maintenance on the tech. Shearwater Research recommends rinsing the Perdix AI after each use with freshwater, also to store it in a clean, cool, and dry place. Never use detergents or chemicals to clean the Perdix AI as it may damage the dive computer and always remove the batteries when not in use. It is essential not to leave the computer in direct sunlight or a high-heat environment. Using a high-pressure torrent of water to clean the computer could damage the depth sensor, so only soak or hand wash.

4. How do I export my dive log info out of the Shearwater Dive Computer Scuba Diving App?

The Shearwater Cloud app allows users to download their dive profiles onto a mobile device. This app also allows users to use cloud storage for dive information and update dive computer firmware. The app works with Bluetooth technology to transfer data, and the data can be analyzed and compared on the user’s device after the completion of dives. The Shearwater Cloud app is compatible with all Shearwater dive computers.