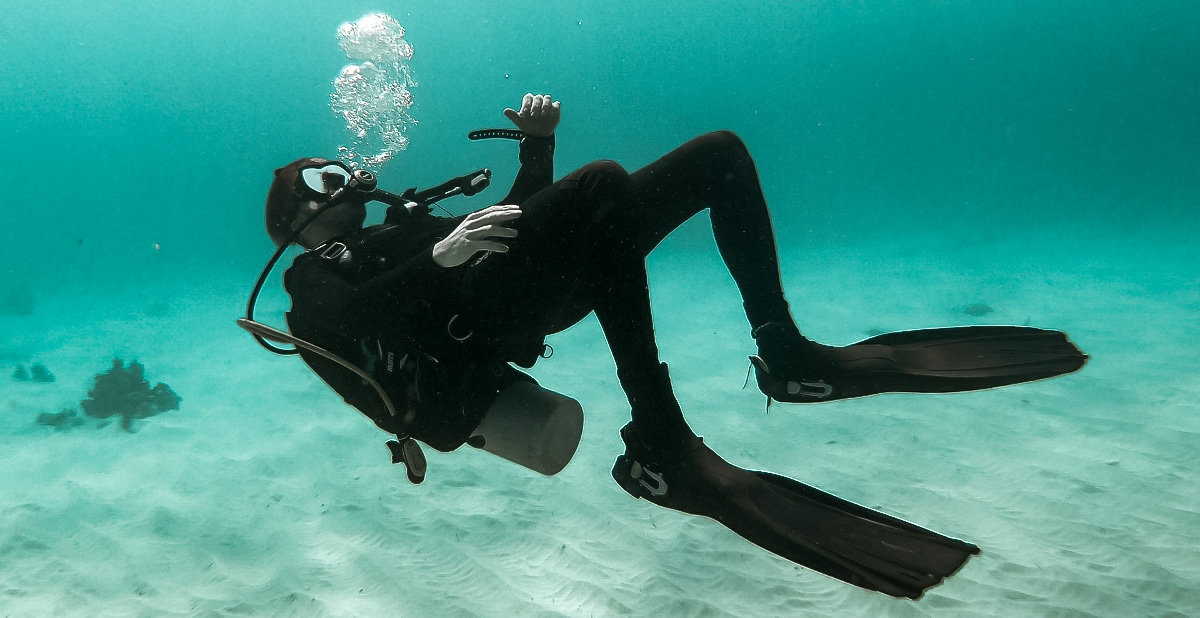 Any experienced scuba diver knows how important a proper weight system is to achieving neutral buoyancy and having an enjoyable dive. But determining this can be challenging for new divers. Perhaps you don’t know how to distribute your dive weights properly or you fail to adjust the weight system as conditions change. In this guide, we’ll take you through the various choices available when it comes to scuba diving weight belt calculations and how to determine optimal for you.

It is essential to consider the different types of dive weight systems. While most divers are familiar with scuba weight belts from their Open Water dive training, there are different weight systems available. Before you make a purchase, it’s a good idea to weigh up the pros and cons of each to determine what’s right for you.

THE BEST SOFT LEAD WEIGHT THAT WE TESTED 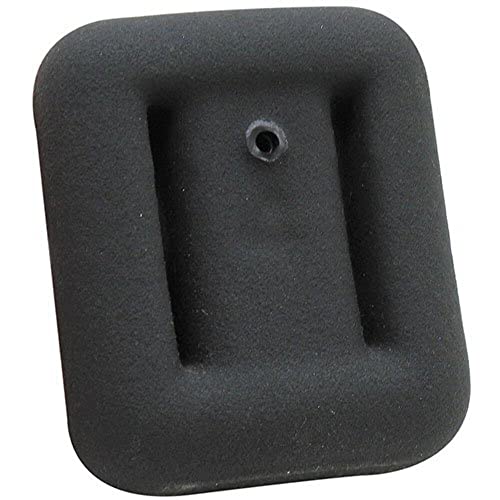 Made from reclaimed car batteries, these environmentally-friendly soft lead weights are contained within heavy-duty nylon mesh bags. The quick draining and drying design make them a convenient option, whether you’re placing them in weight pockets or inside your quick-release integrated BCD system.

THE BEST INTEGRATED WEIGHT THAT WE TESTED 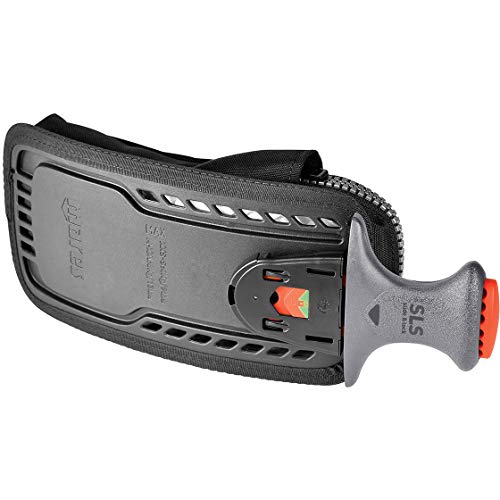 The Mares SLS Weight pocket is compatible with the Mares BCD and comes with a visual aid to make sure that it’s properly set. It has a special slide and lock system to prevent you from losing the weights in the water.

THE BEST WEIGHT POCKET BELT THAT WE TESTED 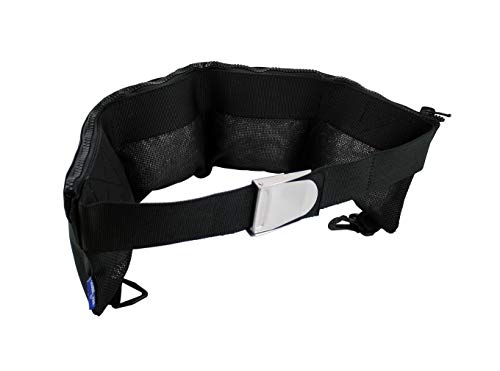 Made from heavy-duty nylon, this scuba weight belt from Scuba Max comes with 4 to 7 pockets and an adjustable steel buckle. It has a small hole mesh on the inside for easy drainage. It doesn’t come with weights included, but it leaves you with room to pick the right size for you.

THE BEST WEIGHT VEST THAT WE TESTED 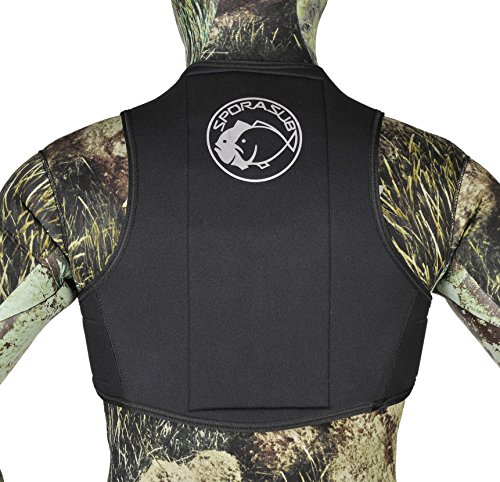 Sometimes it’s best to add weight to the part of your body that has the most scuba buoyancy – your lungs. This weight vest by Omer is a back harness with a quick-release system. It has 6 pockets in the back and 2 in the front, each able to carry up to 1.3lbs (600gr) weight plates up to 10.6 lbs (4.8kg) in total. The buckle in the front allows you to take it off with only one hand.

THE BEST ANKLE WEIGHT THAT WE TESTED 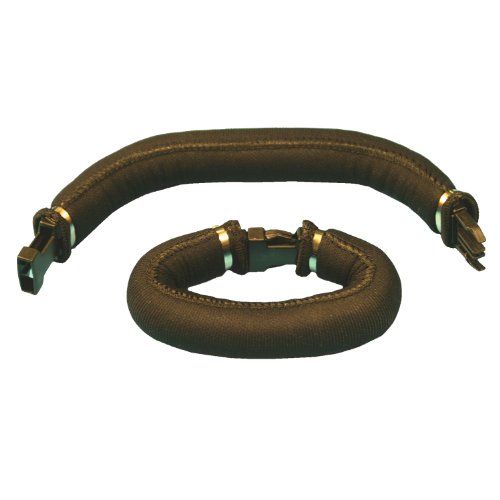 With a form-fitting, rugged design these ankle weights help to reduce leg and fin scuba buoyancy. The easy-release buckle can be accessed with one hand and they offer a total weight capacity of around 3.5 pounds per pair.

Another option for those with back problems is a brace system, which has a harness belt and a backplate onto which weights can be attached. Weights can be evenly distributed across the back and easily released in case of an emergency.

V-weights are commonly used by divers who carry twin tanks. They are designed to sit between the two cylinders and are comfortable to carry. The benefit of this is weight is distributed onto the back, but a downside is they cannot be easily dumped for an emergency ascent.

The weight you will need while scuba diving will depend on several factors, including your weight and body mass index. It will also depend on the equipment you are using (wetsuit thickness, type of cylinder) and the water you are diving in.

Figuring out your scuba weight calculation, with the help of scuba weights calculator,  and neutral buoyancy is something that is covered in Open Water training. But it can take many more dives before you perfect them. Your dive instructor will probably suggest the amount of weight you should be carrying (based on your size and weight) on your first few dives, then it’s up to you to monitor it over successive dives.

You can also check your buoyancy at your five-meter safety stop. If you have just 50 bar of air left in your cylinder and are neutrally buoyant, then your weighting is spot on. For more about scuba diving and the diving buoyancy factor, check out this video:

When logging each dive, write down the amount of weight and equipment you were using, the thickness of your wetsuit and your body weight. Also, note down whether you felt too “heavy” or “light” at your safety stop and adjust accordingly on your next dive.

As you become more comfortable with your weighting and the principle of flotation, you can also play with distributing the weights over your body. This might mean adding ankle weights so your legs don’t float (or sink) or trying out an integrated weight system rather than weight belt diving.

Whatever systems you use, you must know how to drop your weights quickly if an emergency ascent is required. Know exactly where the release mechanisms are located on your weight integrated BCD or where the buckle is on your scuba diver weight belt.

Many divers are shy to experiment with their weighting and will continue using the weights they were recommended on their very first dive, even if it means being overweight. So don’t be afraid to ask your dive guide to do a weight check before the descent.

If you’re freediving, the amount of weight you need will be influenced by the same factors as scuba diving (your weight, water type, and equipment). But it will also be impacted by how deep you plan on diving, which will probably be quite shallow for beginners and much deeper for experienced freedivers.

For beginner freedivers, simply put on your weight setup and get into the water. When vertically upright (and without finning), you should be able to exhale and the water should reach somewhere between your chin and lower lip. If you sink below this, then take some weight off. If the water reaches below your chin, you might need to add some weight.

The weight required for spearfishing can be calculated similarly to freediving. However, it will differ depending on the hunting technique you are using. If you want to lie still in shallow water while sneaking up on prey, then you will need more weight than if you’re diving deeper and swimming after fish.

The Science Of Neutral Buoyancy

Neutral buoyancy refers to when an object’s average density is equal to the density of the fluid in which it is immersed. The result is that the force of gravity is balanced by the buoyant force that’s preventing the object from sinking. So a neutrally buoyant object will neither float to the surface nor sink.

In scuba diving, it’s not only the amount of weight you are carrying that will impact your ability to maintain neutral buoyancy. Accurately managing your buoyancy compensator and understanding how controlled breathing impacts your position in the water are other important skills to master. Achieving neutral buoyancy is not something that you can “set and forget”. It requires continuous correction as the air in your tank decreases and conditions change.

2. If an object floats in water what is its density?

3. Why is neutral buoyancy important for divers?

Finding neutral buoyancy when diving is important so that you aren’t sinking below your desired depth or constantly floating up to the surface. Not only will these situations cause fatigue but you’ll probably consume a lot of air while fighting against them.

Diving incident reports often cite overweight-ing and/or poor buoyancy control as contributing factors. Bad buoyancy control can also destroy fragile marine environments. Achieving neutral buoyancy will make diving much more enjoyable for both yourself and those around you.

4. How do scuba divers control their buoyancy?

Managing your buoyancy while scuba diving can be achieved multiple ways: by accurate scuba diving weight calculation, inflation/deflation of the BCD, and controlled breathing. The thickness of your wetsuit and the scuba diving gear you are using will also impact your buoyancy, as will the amount of air in your tank.

Controlling your buoyancy is a careful balance between all of these elements but begins with accurate weighting. The amount of weight you carry will depend on the thickness of your wetsuit and the gear you are using, which may change from dive to dive. Once you are underwater, you can manage your buoyancy by inflating/deflating your BCD, controlling the amount of air in your lungs, or the removal/addition of weights with the help of your dive buddy.

A standard 7 mm wetsuit weighs about 8 pounds (3.6 kilograms) and will be more positively buoyant than a 5 mm or 3 mm wetsuit. This means that you will need to wear more weights to achieve neutral buoyancy, provided all other factors are the same.

6. How much does a scuba tank weigh?

A standard aluminum 80 tank weighs 35 pounds (15.8 kilograms) while similar capacity steel tanks weigh in at about 30 pounds (13.6 kilograms). So a steel tank will be more positively buoyant than an aluminum tank of the same capacity and you will need to wear more weights to achieve neutral buoyancy.

7. How much does scuba gear weigh all together?

The weight of an entire scuba tank setup will vary from diver to diver, depending on what equipment they are using and the thickness of their wetsuit. Generally speaking, a basic scuba gear setup (BCD, regulator and octopus, wetsuit, fins, and mask) will weigh around 22 pounds (10 kilograms). But this can increase sharply once you add in weights and accessories, such as surface markers, torches, dive knives, and computers.

8. What are diving weights made of?

Diving weights are made from lead, which is a high-density material that can be transformed into a compact form. Most lead weights are coated in plastic that protects them from corrosion and makes them less abrasive on wetsuits.

Aside from cheap dive weights made from hard lead, you can also find soft lead (or “shot”) weights that are housed within a mesh pocket. They are designed to mold around the shape of the body and are also coated to prevent them from eroding in saltwater.

9. Where to buy scuba diving weights?

You can buy scuba diving weights from your local dive shop or online at places such as Amazon. The benefit of purchasing weights at a dive shop is being able to chat with a professional and test out different weight systems. But purchasing online may offer a greater variety and with a little independent research, you can make an informed decision about what type of weights you prefer.